Learning about formal education in the past

The year 2011 at Universidade da Coruña (Galicia, Spain) where PGCE students were studying Educational Politics and among them myself. We were about 25 students, most aged 22-32.

To learn about how formal education was for our parents and grandparents, that is, at different times of Franco's dictatorship in Spain, by interviewing them and then sharing the information obtained in class.

The time were two 60 min. lessons and another hour or hour and a half for each interview. In total, 4-5 hours.

The teacher explained the main framework changes of the different and most recent educational laws in Spain.

The teacher divided the class in five different groups and asked each group to write a list of 10 questions that we would like to ask our parents and grandparents about how school was for them. After giving us about 20 minutes for this task, each group had to share their list of questions with the rest of the class and improve each list if needed.

The next step was that each group had to choose the two people for their interview, someone's parent and someone's grandparent within each group.

The interviews were recorded and the two transcripts were written in order to use in the presentation of our results. The answers obtained in the different interviews were shared with everyone a week later in the next class.

In my group, everyone engaged with the activity as we new it would be very interesting to learn from our elder. We were enthusiastic about having to prepare an interview with fruitful questions and record the interviews to then write the transcripts.

The interviewees were pleased to be able to help and felt very happy to share their experiences with us. They remembered things that they had forgotten.

Everyone also had brief anecdotes learned throughout the interviews and shared them as well.

I learned that in my grandmother's time, children in rural areas only went to school few months a year because they needed to help at home, farm and gather the harvest so when finishing this seasonal work gave them time, they went to school only for a few years (about 4). Their education was quite religion-centered.

Parents usually finished studying when 14 unless they could afford to move to a town and maybe continue secondary school there. They were forbidden to speak their regional language at school and they had a specific subject that instructed them to be patriotic. The teachers were very poorly prepared in general and the books and other materials which they could have access to, were very limited. The teacher's ways were in general demotivating instead of being motivating and encouraging for students who were often punished. Many teachers even thought they had the right to bully students.

Thanks to having done this task I realised how much education has changed in such a short period of time and especially since the death of the dictator in 1975 when democracy began to peep out in this country. I also learned how power tries to control it in order to control the population. However, it's good to know that teachers have freedom to decide how to teach inside their class. 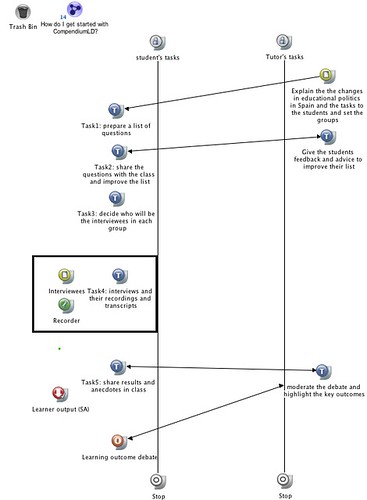 Contribute to the discussion

Add to a Cloudscape